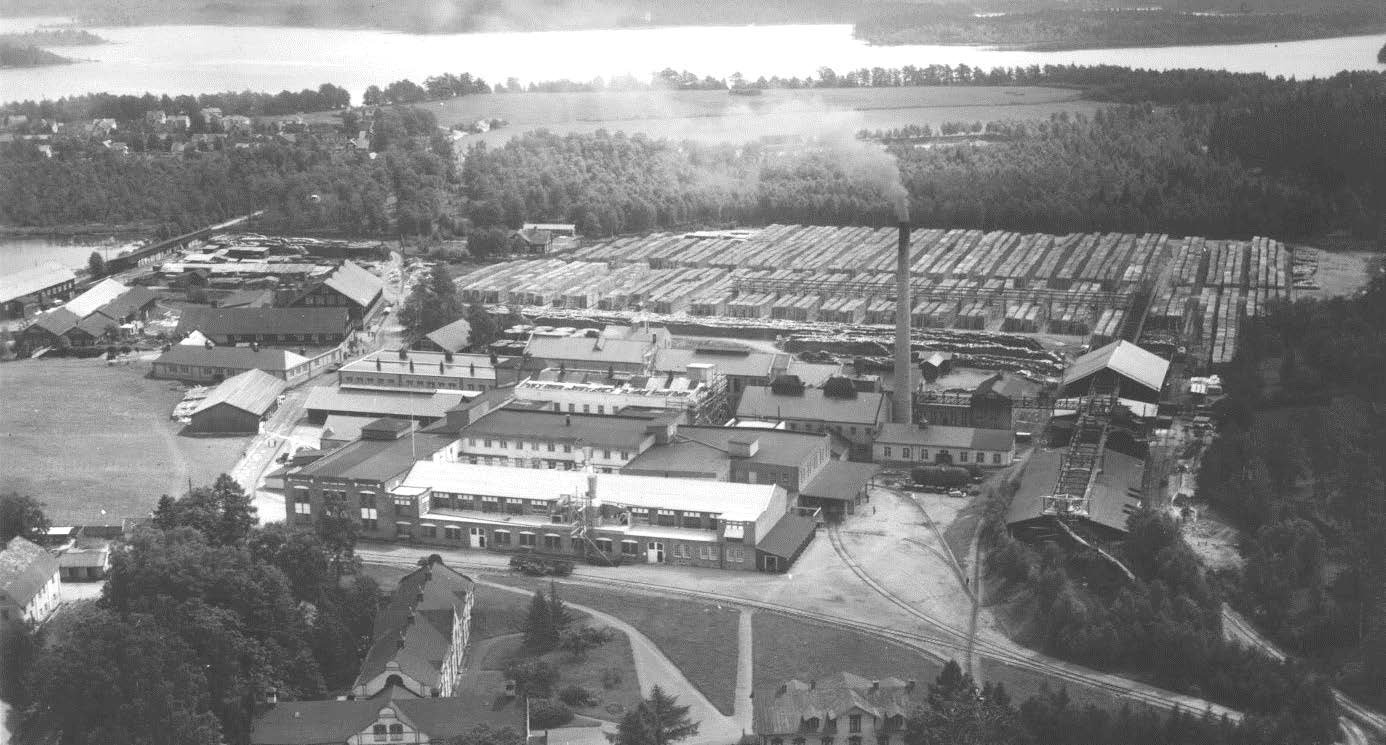 The knowledge of producing paper is deeply rooted in Lessebo. The mill started in 1658 refining iron ore into pure iron, in 1719 Lessebo received permission to produce paper from the Swedish National Board of Trade. Production of paper has influenced Lessebo to the village it is today, and the production at Lessebo Paper is at full speed. The 300 years anniversary is therefore a time to highlight the paper mill’s influence in the community, and the world.

– The history of Lessebo paper mill is interesting and its influence on the community, says Göran Johansson, entrepreneur and one of the owners of Lessebo Paper. There are many exciting stories about paper production and the technical development. And above all, there are many stories of all the people who worked here at the mill which we would like to highlight.

Lessebo Paper will celebrate the 300year anniversary in a variety of events. Lessebo Paper will open up their gates and invite the community into their paper mill were guided tours will show how paper is made in Lessebo. Lessebo municipality have also plans of different events celebrating Lessebo mill.

– The craftsmanship of paper production is strongly present in our municipality, and we are proud of Lessebo Paper, says Christina Nyquist, municipal commissioner of Lessebo.

– Lessebo is represented in almost all our product names and we regard it as an advantage, concludes Göran Johansson.

By 2019, the celebration of the 300th anniversary will be distributed in a number of activities which will be announced in advanced by Lessebo paper and Lessebo municipality.

We use cookies to give you a better experience of the website. Necessary cookies are always enabled in order for the website to function. These cookies do not store any personal information. Non-necessary cookies, such as Statistics, Functional and Advertisement cookies, are used to collect statistical data, how you interact on the website and help you get a better user experience. You can at anytime withdraw your consent of the non-necessary cookies on the page Cookie Policy.
Necessary Always Enabled
These cookies are essential for you to be able to experience the full functionality of our site. They allow us to maintain user sessions and prevent any security threats. They do not collect or store any personal information.
Statistics
These cookies store information such as the number of visitors, unique visitors, which pages of the website have been visited, the source of the visit etc. These data help us understand and analyze how well the website performs and where it needs improvement.
Advertisement
These cookies are used to provide visitors with relevant ads and marketing campaigns. These cookies track visitors across websites and collect information to provide customized ads.
Functional
These cookies help non-essential functionalities on our website, that include embedding content like videos or language preferences.
Save & Accept